I’ve noticed an interesting trend over the past few years of working with newsrooms.

Often, I’ll meet with a team, and we’ll start talking about their daily newsletter product. They’ll tell me they’re determined to launch a daily newsletter that goes out at 6 a.m. I’ll ask why. Is this something their audience has been clamoring for?

And the answer is almost always the same: Our editor in chief or president gets all of their newsletters at 6 a.m., so that’s when we need to send our newsletter, too.

I’ve seen this happen over and over again. The highest-paid person in the room or the loudest voice in the room is the one that gets the most attention. It’s a natural reaction — they’re the boss, so their ideas must be the best ones.

But the hard thing is trying to get the team to dig a bit deeper. Bosses often have great ideas, but sometimes, because they have so much on their plate, they’re also disconnected from what their team knows or what readers want. So I’ll push my teams to ask other questions to make sure they’re taking the right next steps. What are readers telling you? What is your data telling you? What have you learned from previous product launches? And do you have the team to actually send an email at that hour? (After all, to send at 6 a.m. with the latest news probably means someone needs to be up to write and edit the email at 4 or 5 a.m.) Often, these signals point them towards a different outcome.

I’m not saying to ignore your boss entirely. But remember: Just because someone’s got the loudest voice in the room doesn’t mean they’re the only ones worth listening to.

That photo comes via Jason Goodman and Unsplash. 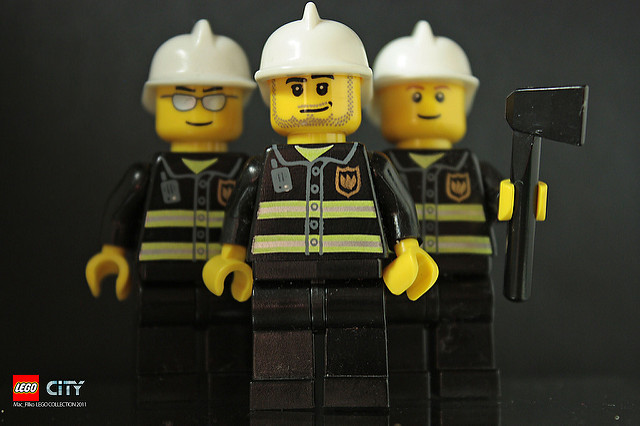 Baseball season begins next week, and there’s buzz around the league about one player and his potential impact on the game.

The player is Andrew Miller, a relief pitcher for the Cleveland Indians. Miller is one of the best in baseball: He’s unhittable on the mound, and teams rarely eke out runs against him. For decades, a pitcher like Miller would have been moved into the closer role. With the Indians winning a tight game in the 9th inning, Miller would have been the one to get the final three outs.

Except that in Cleveland’s run to the World Series last fall, Indians manager Terry Francona didn’t use Miller as a closer. Francona realized what statisticians had been saying for years: that you want to use your best pitcher at the moment when the game is most in doubt. It’s what’s known as a high-leverage situation. If it’s the 5th inning, your team’s up by 1, but the opponent has runners on 2nd and 3rd with one out, the next few pitches might decide the game. Instead of holding your best pitcher for the 9th inning, use him right then, when the game’s on the line.

Baseball has a term for pitchers who enter games in those middle-inning pressure situations: The fireman. If you desperately need to get outs, and there’s no room for error, bring in the fireman, and let him put out the fire.

And it’s not just baseball that has that sort of job. Every office has a firefighter — and one of these four other roles, too:

The Politician — They’re the ones building coalitions at your office, trying to use their networking skills to launch big projects. They’re in every meeting, talking, listening, and trying to broker deals. They’re the ones who get the credit when their teams bring something to launch, and they’re the ones who might get the axe if things go south. Great politicians can inspire teams to take on huge challenges; bad ones leave turmoil and confusion in their wake.

The Garbageman — There’s always grunt work to be done at an office, those unglamorous tasks that just need to get finished for a team to complete a project. It’s nobody’s favorite work to do, but if it doesn’t get taken care of, the work piles up and nothing big gets done. The garbageman is always there to make sure those tiny-but-important tasks get done.

The Construction Worker — Taking an idea and turning it into something real takes a lot of labor. The construction workers are the ones who build the systems and processes to make those visions a reality. They put in a lot of work and are often most responsible for making things happen — even if the politicians get most of the credit.

The Teacher — Every office needs someone who can help teams get better at their jobs. For employees to improve their skill sets, or for managers to grow into leaderships role, you need teachers to develop those skills. Teachers come in all shapes — mentors, coaches, managers, leaders — but no office can grow without teachers to aid in that development.

If you look around your office, you’ll notice these roles in action. Think for a second: Who’s the woman at your office who always knows how to handle the diciest situations? Who’s the guy who takes care of the little tasks on a project? Who’s the one who’s always there to offer coaching and support?

Now think: Which one are you?

Those Lego firefighters are from the photo “Fire brigade” by mac_filko, and licensed under CC BY 2.0.