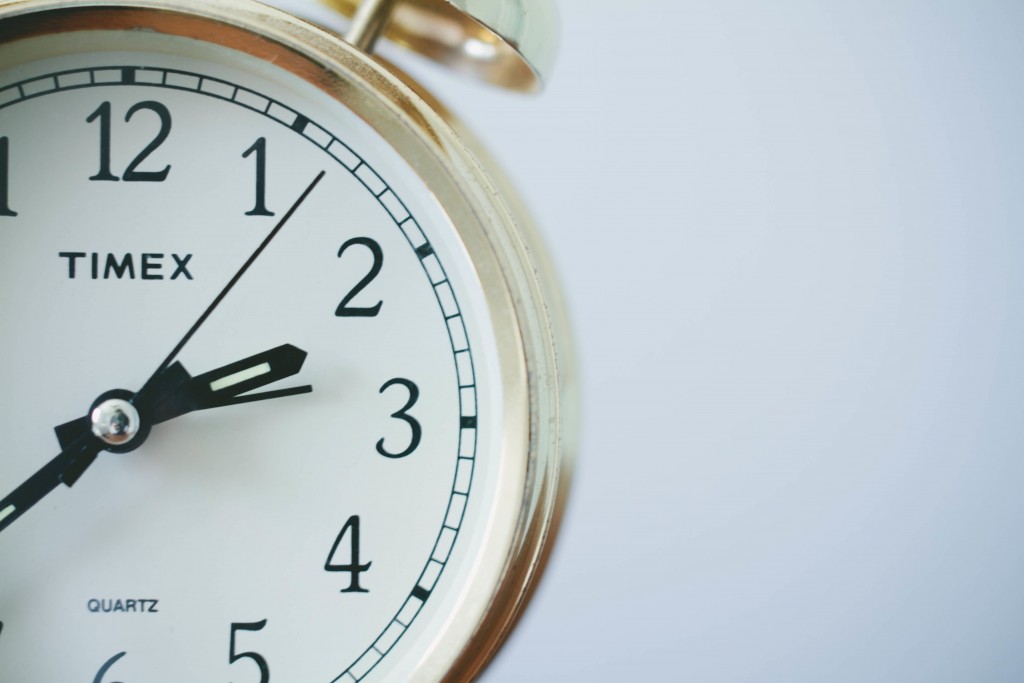 Four years ago this week, I wrote a post about something I didn’t quite understand: The idea that time was simultaneously moving really fast and really slow. I wrote:

Slow. It’s moving so damn slow. So much time between now and May, and May just won’t come. Why can’t it all just come faster?

So fast, and so slow.

And yet I know: A thousand baby steps to get to where I need to go.

Two years ago also this week[1. What is it about this week?], I wrote again about time, saying:

A week ago today, I sat in a room and listened to Jerry Seinfeld speak. It was seven days ago.

One of the things about working on the internet is that time moves in incredibly bizarre ways. News that blows up in the morning is forgotten by the afternoon. Things move fast.

Time moves most slowly when your work becomes repetitive. You understand how to do the work — habits take over, and you get lost in the process of those habits and that work. Time moving slowly isn’t a bad thing. Those repetitive tasks are an anchor. They keep you grounded in the day-to-day. You work quickly, but the habits and processes you’ve created seem to handle the heavy lifting for you. You know what happens now, and what comes next.

Time moves most quickly when your work becomes unexpected. Instead of relying on habits, you find yourself making up the processes as you go. You’re figuring out how to do the work, and who you need to work with to do it. With nothing to anchor you down, and each milestone bringing a new set of challenges, time moves fast. You forget about down the road, and focus on now. You’re on deadline. You work fast because there is something next for you — whatever it is.

I’ll give you a personal example: In a normal week, I have a handful of meetings that anchor each day, and a handful of tasks. This is my fourth year working on newsletters. The work is repetitive — in a good way. Days can move slowly.

But then…. something happens. A breaking news event at the office. The new launch of a product. And suddenly, the new work jolts me out of the day-to-day. There’s an urgency to the work — it’s not the work that has to be done, it’s the work that NEEDS to be done. Days and weeks fly by. We accomplish a lot. Or maybe it just feels that way, because we’re accomplishing so many new goals.

And then we’ll come back the following Monday to our normal routines, with time seemingly moving half-speed.

Some work anchors you down, and some work unmoors you from those anchors and makes you move fast to do new, unexpected things. Time moves slow, then fast, then slow again. And they’re both OK! I understand now: To do the work, you need to understand how operate at both speeds.

That photo of an alarm clock comes via Unsplash and photographer Sonja Langford.